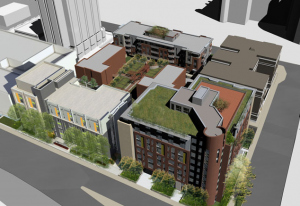 Recently I had the very special opportunity to get a personal tour through a 254-unit non-profit housing development in downtown Ottawa.

This incredible development is owned by the Centretown Citizens Ottawa Corporation (CCOC), a private non-profit housing corporation, directly accountable to the tenants and volunteers who form its leadership.

CCOC was created by the Centretown Citizens Community Association over 35 years ago and has grown to be one of the largest private non-profit housing companies in the province, with nearly 1600 units in 54 different properties.

The new development is called the Beaver Barracks, named after the military residence previously located on the site.  It is composed of 5 separate buildings, with an apartment mix consisting of bachelors, one-bedrooms, two-bedrooms, and three-bedrooms, as well as larger townhouses. 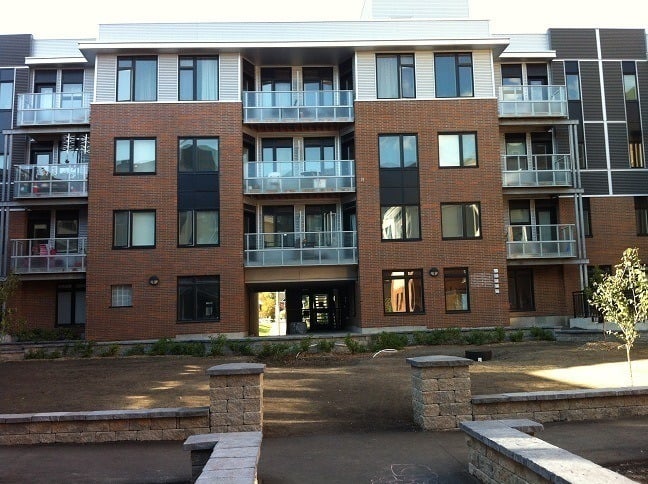 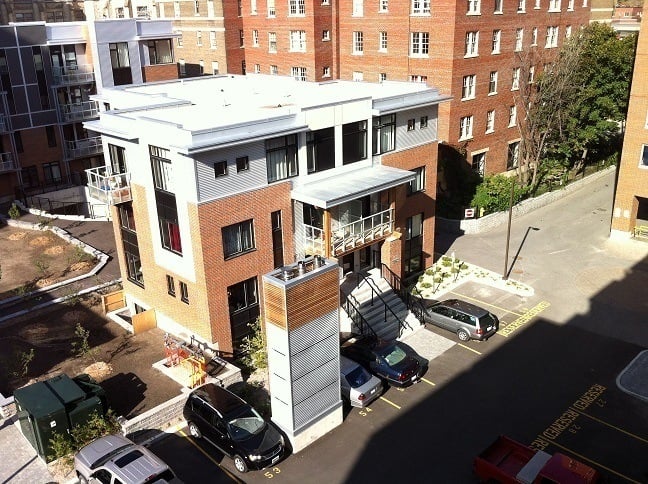 The rental income for the development is split as follows:

With below-market community housing in such beautiful new buildings, it’s no wonder there’s a VERY long waiting list to get in!

When I was first invited for a tour by Graeme Hussey, Development Officer for CCOC, I knew where the site was located, but I had no idea that all the new buildings were part of the same development.  I also had no idea that CCOC and its construction partners had teamed up to make the Beaver Barracks one of the most sustainable rental housing developments, including features such as:

It’s one thing to read about these ‘green’ features in a brochure or on a website, but it’s something entirely different to walk through a development and see it applied on a large scale.

Everywhere I went, there were signs educating the tenants on how to be ‘green’ — from how the geo-thermal system works to how to drive your car in an energy-efficient manner to the benefits of riding a bike.  Now that’s the way it should be done — educate tenants right where its most important. 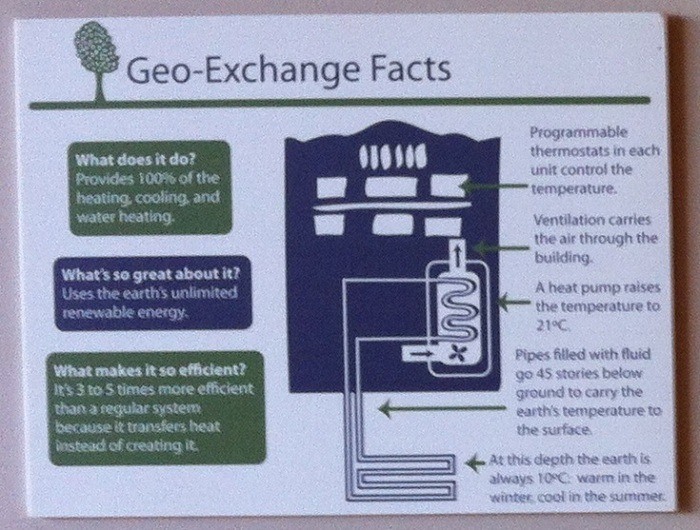 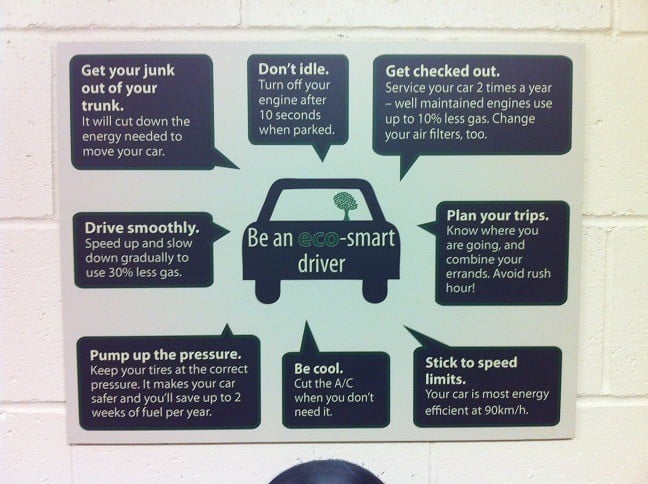 The tenants also receive a “Tenant Handbook and Calendar” that educates them on sustainability, provides important contact numbers and information, and much more.

I had heard about so-called “green roofs” and had always assumed it had to be the entire roof covered in plants, but that’s not the case.  On the first building we toured, there was a very large roof-top patio for tenants to sit, with planters all around the perimeter.  The views of the city were incredible, and I can imagine that as the tenants settle in and begin planting, the rooftops will quickly turn into beautiful gardens. 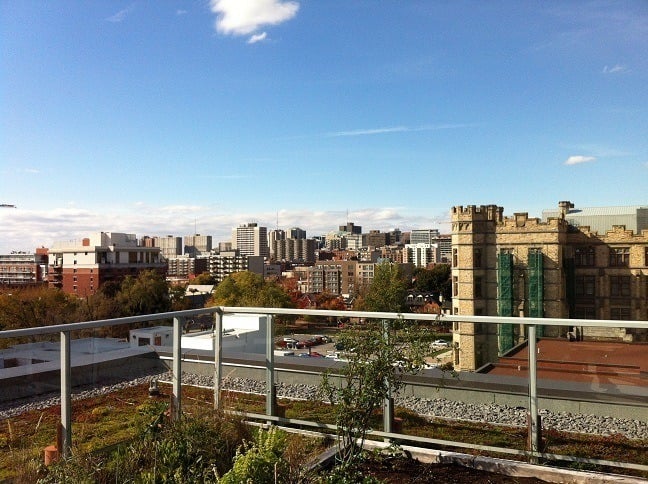 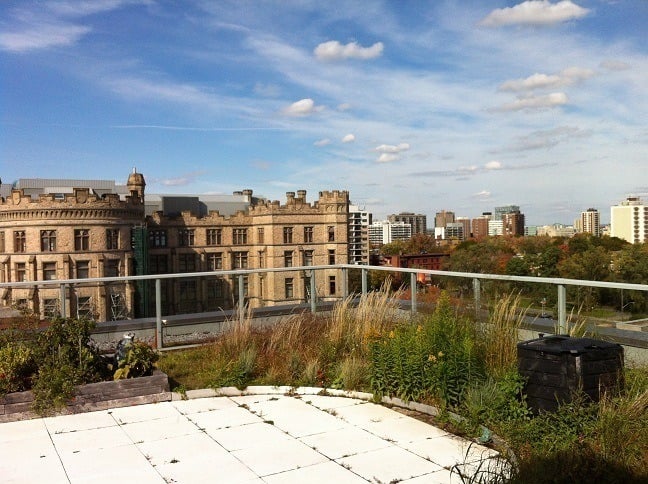 The development is not only built with sustainability in mind, but also with an eye towards comfort for the tenants.  From spacious apartment sizes (including dedicated ones that are accessible) to individual apartment thermostats to windows that open to architectural changes that improve the views — it’s all been done. 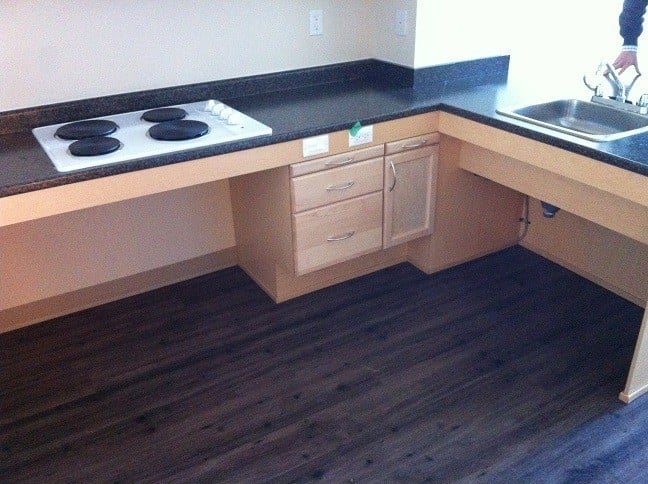 Note the accessible countertops, with plenty of space
for wheelchair access underneath 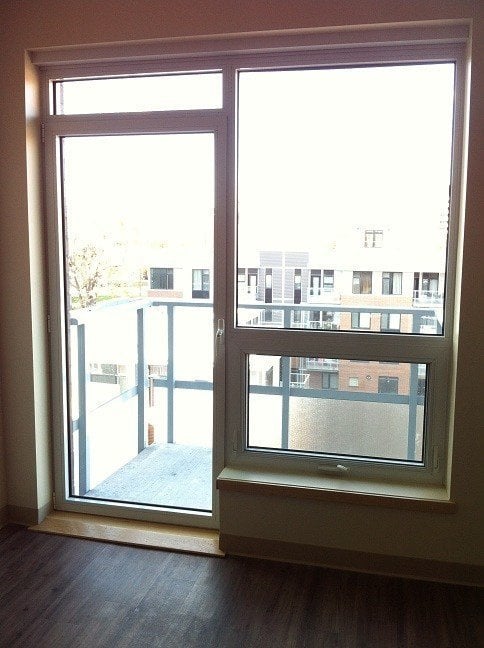 Large windows are everywhere in the hallways and apartments, allowing lots of light inside the building.  There are even 2-story windows in the stairwells to encourage people to be active and take the stairs instead of the elevator — very smart! 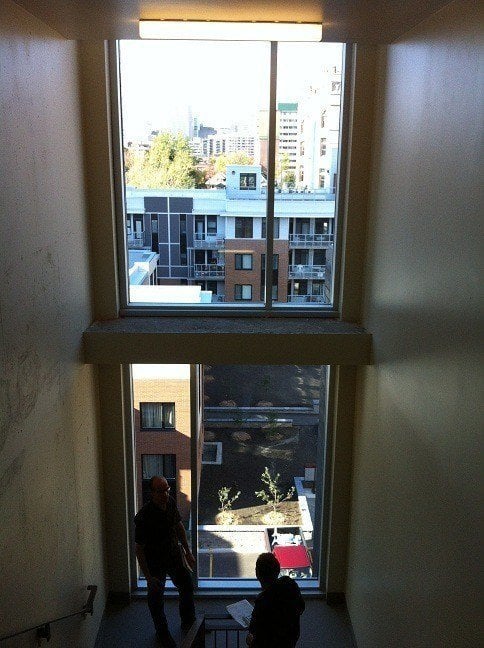 The tour lasted only 2 hours, but there was so much I learned,  I could spend weeks writing about this one topic alone.  Many thanks to Graeme Hussey, the Development Officer for CCOC, for giving me the tour and giving so much of his time.

I’m considering organizing a tour of this development for a small group from the Ottawa area.

Would you be interested in attending a tour for a small contribution to the CCOC?