How To Own A $1.82 Million Dollar Property Free And Clear

I would like to share a story with you about a student of mine who I mentored and helped structure a very creative deal.

Bob is a self-employed construction worker who lives in New Brunswick and shortly after I mentored Bob he was presented with a very unique opportunity.

The opportunity was a land development deal that was broken into two parts but each part was conditional upon the other part.

This sounds like a no-brainer at this point but the challenge is there is another parcel of land that has to be purchased with this as well, which brings us to part two. 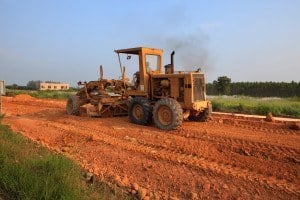 The second part involves the balance of the land which is approximately 80 acres in total with two more homes for a purchase price of $700,000.

It also has 24 building lots approved by the municipality and another 37 lots to be developed and approved.

This portion of the deal still has plenty of costs attached to it in order to make it work and banks typically do not like to deal with development land, especially with an inexperienced investor.

At this point Bob was very excited because he could see the opportunity but he had no idea how to structure a deal like this.

In addition, most lenders wouldn’t be interested in the deal because of the complexity, so Bob asked for my help and guidance to see if he could acquire this deal.

The first thing we needed to do was understand what was motivating the vendor to sell the property and determine what the vendors real needs are.

It turns out the owners of this property were going through a rough divorce and one of the parties wanted to be paid out quickly and given the complexity of the deal it was not likely to sell any time soon if ever under the current conditions.

So let’s look to see how Bob managed to finance this deal, especially given that Bob has next to no cash and no partner.

Bob was able to get 75% of the required funds for the first part which amounted to $300,000 from a conventional bank.

The balance of the $100,000 came from a second mortgage held by a private investor which was registered against the purchased property as well as a wood lot and another property that Bob owned.

So now Bob owns this portion of the property but he still needs to purchase the second portion and he needs some significant cash to do some renovations and finish the roads.

Bob tried to bring on some investment partners but he was unsuccessful, so he decided to walk because he could not see how he could move forward until I shared with him some ideas.

With these new ideas Bob decided to risk it all and he subdivided his mother’s estate which allowed him to sell her house and two newly severed lots, which provided Bob with the cash he needed to do some repairs to the properties and finish the roads to the point that he could sell some of his lots now.

This was good but Bob still needed to pay for the “step two” part of this deal which amounts to another $700,000.

You might be wondering why anyone would be selling this property with so much potential in it for only $1,100,000.

Remember that the owners of this property were going through a rough divorce and one of the parties wanted to be paid out quickly and given the complexity of the deal it was not likely to sell any time soon and this makes for a great opportunity to do a creative deal.

So because we have a motivated vendor we were able to convince the vendor to hold a mortgage for the full amount of the $700,000 at 7% “interest only” accrued annually with a $100,000 annual minimum payment.

We also jointly agreed that the vendor would receive 70% of any house sales and 40% of any lot sales until the mortgage has been paid in full. The risk for Bob at this time is that he will have to come up with a minimum of $100,000 at the end of one year.

Now we can look at the upside.

Sell Off Parts, Keep The Rest

From part one Bob has a house that is currently worth $440,000 which is more than what the actual purchase price was. With some work on the house (new windows, roofing and refinishing of the floors) the new value becomes $599,000. There are also two lots valued at $140,000 each.

Bob already has one of the homes conditionally sold, a potential buyer for a lot and another home rented out. Now what I would suggest for Bob to consider is to discount the big house and maybe some of the lots in order to sell them ASAP and then pay down the debt as quickly as possible.

Not a bad deal!

So why didn’t someone else take this deal?

Once you understand what the vendor truly needs and work towards solving the vendors true needs then you can start to create a win/win situation through creative solutions.

Being creative starts by understanding the challenges for all parties involved and then creating solutions.

Ken is an active investor, business owner, speaker, educator and real estate agent/broker. He has over 20 years experience in multi-family properties, rent-to-own, assignments, joint venture deals and real estate transactions for others. Ken is well known for his very creative deals and ability to make his deals a win/win.

How To Find Vacant Property Owners, Mortgage Information And More