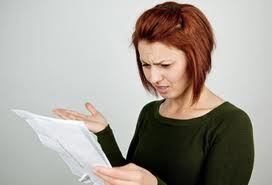 You bought an investment property with the plan to hold it for 5 years.  The cheapest rate you found was on a closed mortgage, so you selected a 5-year term.

Three years later, you need to sell.  You call your bank and ask them “How much?”

That’s when your jaw hits the floor

Early payment or pre-payment penalties charged by banks can be huge — thousands of dollars, or even TENS of thousands.  Basically, with a closed mortgage, you have agreed to be bound by the terms and conditions of your mortgage until the mortgage term is complete.  And that includes paying the bank a lot of interest.

Banks are not happy about losing all those interest payments just because you found a cheaper rate somewhere else.  So most mortgages include specific language that restricts what you can and can’t do, as well as any penalties they charge to let you out of the contract (if they allow you to at all!).

Do You Know What You’re Signing?

Some of you may have heard me talk or write before about how everyone should learn to read legal agreements.  Although most people want to defer that task completely to their lawyer, I highly recommend everyone make the effort.  Why?  Not so that you can replace your lawyer, but because they may not realize that a small detail is important to you.

Especially it comes to banks and other lenders

How Penalties Are Calculated? 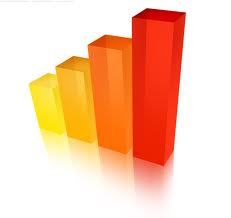 Now a few of you may be thinking… aren’t mortgage pre-payment penalties standardized for all mortgages?  No they are not.  In fact, over the past few years, some lenders have become more ‘liberal’ with the interpretation of their vague penalty clauses in their contracts.

Traditionally, there is a very common method used to calculate any penalties you will owe if you decide to break your mortgage.  You will pay the GREATER of the following:

1) 3 Months Interest – Basically you take your next 3 mortgage payments, break out the interest portion, add them up, and that is your mortgage penalty,    OR

2) The Interest Rate Differential (IRD) – This one sounds complicated, but it’s actually quite easy (or should be).  If you have 2 years left on a 5 year mortgage, find out what the lender’s current posted 2-year rate is, subtract that from your original rate, and multiply that by your mortgage balance.

Banks Get Greedy and Play Games

The problem is that over the last few years, mortgage lenders have begun playing a few tricks with the IRD calculation to increase their profits:

Here is one example I posted to my social media accounts awhile back:

And here’s an article on a lawyer that is launching a class action lawsuit against CIBC because of unfair penalty calculation practices.

(By the way, if you’re not following me on Facebook and Twitter, you’re missing out on all kinds of real estate news and other cool stuff)

The average person has little to no chance of calculating the penalty themselves because often the formulas are not clear or they are very cryptic.  Often times, even when you phone their call centre, their telephone agents won’t be able to explain it to you.  That’s because someone at the head office is calculating it, often times in their favour.

In other words, their calculation methods are not transparent

Now I’m not saying that all lenders do this.  Large banks are very customer-service oriented, and even if a penalty ends up being very large, they may reduce it to avoid ‘bad publicity’. But B and C level lenders are less likely to do this, as they do not advertise to the public (they are only available through brokers) and obviously it’s more profitable for them.

The Game Playing Gets Personal

Recently, my sister wanted some help with reducing her mortgage costs.  She was 4 years into a 5 year mortgage, and after a bit of research, I discovered rates had dropped almost 3% from what her original mortgage was locked in for.

She called the mortgage lender and asked them what the penalty would be to break the mortgage. But for some reason the amount didn’t add up to my calculation — it was over $1,000 more than what either 3 months interest, or the IRD would be.

We’re currently following up with the lender and will press them for exactly how they calculated it.  The mortgage contract language is in plain English and fairly clear, but it doesn’t specify certain things (like posted vs. discounted rates).  Even the call centre rep couldn’t explain the formula.

Fortunately, her mortgage has a 20% pre-payment clause in it, so there is some leeway to reduce the penalty through some creative timing of payments.  I’ll explain how below…

How do you protect yourself? 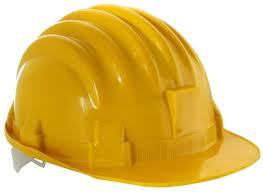 If you’ve already got a mortgage, it’s not too late to reduce the penalties you have to pay. Here are a few tips to follow whether you are finding a new mortgage, or are trying to get out of your current one…

Determine when you can break your mortgage – Some mortgage lenders do not allow you to break the mortgage at all, unless you are selling the property.  In other words, you are stuck making payments until the end of the mortgage term and you can’t refinance… even if you offer to pay a penalty!  This happened to me a few years ago, but fortunately I didn’t have much time left on the original mortgage term.

Take advantage of any pre-payment clauses – Many mortgages include a clause that allows you to pre-pay your mortgage balance up to 20% per calendar year, without a penalty.  If you are facing a huge penalty, you may want to consider pulling funds temporarily from another source (e.g. family members or friends), paying down your mortgage by 20%, and THEN refinancing your property and paying the now reduced penalty.

It’s even better if you are close to a calendar year end because you can do it TWICE within a very short period of time. This is exactly what I will be helping my sister to do — pre-pay 20% before December 31, and then pre-pay another 20% in the New Year.  Then she’ll proceed with the refinance and save hundreds if not thousands. Yes, there may be interest costs on the temporarily borrowed funds, but those will likely be much less than the savings on the penalty.

I learned this trick years ago when I went to my TD Bank branch and wanted to refinance.  The teller was kind enough to show me how to do this. Unfortunately, many lenders will not because they receive a higher penalty. In fact, my sister’s current mortgage lender has said nothing about how to do this…

Check if your mortgage is CMHC insured – There’s a little known rule I discovered that states if you have a CMHC insured mortgage that has a term of longer than 5 years, you can pay off your mortgage, at any time after 5 years has passed, with only a 3-months interest penalty — no IRD!

Ask to speak to the bank manager – It’s amazing what can be accomplished when you go above somebody’s head.  Even if the bank manager can’t help you, go above them, and so on.  Many banks have complaint departments and you can contact them.  If none of these work, consider the next step…

Contact the Ombudsman for Banking Services and Investments – I didn’t even know this organization existed until I was researching this article.  What a great resource!  This organization works for FREE for consumers, and they help mediate complaints.  I found more than one blog post where the person went to the OBSI and was able to successfully negotiate reimbursement of a portion of their mortgage penalties, even after dealing with the bank directly had failed.  Visit the OBSI website

Go public – Most big lenders spend a fortune on advertising, but nothing spreads faster by worth of mouth than a bad experience.  If you go public (or threaten to), they may re-consider and adjust your final penalty. Many local newspapers across the country have ‘consumer advocate’ type columns that fight battles for consumers on a variety of topics.  Ellen Roseman, mentioned in the links below, is one based in Toronto.

While writing this blog post, I also did some research and discovered this problem has existed for over a decade, and the federal government has been very slow with enacting any sort of change.  If you’re like to read more about the problem, here are a few of the websites I found with some very good information:

As with anything in the financial world, if you want to protect yourself , your best defense is to educate yourself and know what you’re signing. And don’t forget to read your mortgage documents!

Can I Invest In RRSP Mortgages Using My Own RRSPs, RRIFs, LIRAs, RESPs, or TFSAs?

Can I Invest In RRSP Mortgages Using My Own RRSPs, RRIFs, LIRAs, RESPs, or TFSAs?

3 Reasons Why Investment Properties Are So Expensive

4 Reasons You Must ‘Manage’ Your Property Manager