Is Real Estate Too Expensive In Your City? 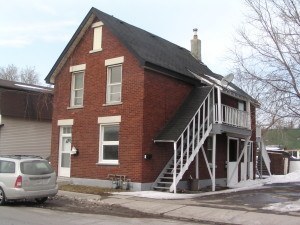 When I Got Started

However, I found it strange that many of the people I talked to said Ottawa real estate was too expensive.  Hmmm… were we investing in the same city?  The duplex I had just bought covered the mortgage with ONE rent.  How much cheaper did they want it?

Fast forward to today, and people are still saying real estate in Ottawa is too expensive.  In fact, I’ve heard the same thing for over 15 years! (even from some of my students)

Today, the same duplex I bought would sell for at least $350,000. And one rent would certainly NOT cover the mortgage, despite the lower interest rates on mortgages that are now available.

Could someone argue that Ottawa real estate is too high?  Sure… but then again, that same person could have argued the same thing 15 years ago (or even 40 years ago).

A Trip To Montreal

Recently I was in Montreal visiting some friends, and one of them took me on a tour of the south shore area to look at investment properties.  I thought it would be interesting to compare Ottawa real estate with Montreal, just to see how expensive prices truly are here in the nation’s capital.

Now keep in mind that this is not a list of official data from the local real estate board… I got these numbers from an informal discussion with my friend who owned some property in the area.

Check out what I found…

What I found interesting was that many (but not all) of these properties were priced similar to Ottawa properties (depending on the area).  But (and this is a BIG but) the rents were substantially lower!

Why should that matter?  Well imagine two properties, one in Ottawa and one in Montreal, same price, same number and size of bedrooms, same quality of tenants, same financing, same tax rates, etc… but in Ottawa, a 2-bedroom apartment rents for $850 on the low end, and in the south shore area of Montreal, it rents for $700.

Which do you think will have the higher cash flow?  You guessed it… Ottawa.

Now I’m not trying to put down Montreal at all… it’s a beautiful city, with many features that Ottawa doesn’t have, as well as some incredible investment opportunities.  What I am trying to show is that ‘too expensive’ is relative to other cities and towns (and even to other countries).

In fact, in many countries…

The thing to keep in mind is that real estate ALWAYS seems expensive today, no matter where you live.  But due to a variety of factors such as inflation, immigration, constructions costs and more, the prices will usually go up in the future (at least they do most of the time in major cities and nearby towns).

What are prices like in your town or city?  Do you find them too expensive?