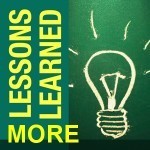 Last week I posted an article describing my experiences and lessons learned on Day 1 of the the Canadian Real Estate Investor Forum in Toronto. If you haven’t read it yet, be sure to check it out… there were lots of great speakers and lessons learned.

This article is about what I learned on the second day…

Day 2 started a bit easier than Day 1.  The night before was my second time in a new bed, and as usual, I slept better than on night #1.

I had spoken with one of the organizers at Canadian Real Estate magazine a few days beforehand, and she said they were expecting 600 (!) on Saturday, so I wanted to be there early in case the place was packed.

Amazingly, the crowd was nowhere near that size… at least initially.  So I got a great seat and prepare for another day’s worth of education and networking.

The first speaker of the day was Ron LeGrand, a U.S. real estate investor with many decades of experience.  It’s one thing to read about someone online or in a book,  but yet an entirely different experience to see them in person.  Seeing Ron live really hit this message home for me (it reminded me why I like to see people live at events like this).

Ron has been investing for many decades in U.S. real estate, and his focus is on controlling assets (real estate) that create positive cash flow, but without risking your own money or credit to do it.  Pretty cool stuff.

He compressed a 4 hour presentation into 1 hour, so he was really whipping through the information.  If it hadn’t been for much of my past real estate experience, I may have been lost at times (as I’m sure others were). However, I followed along and was impressed with his knowledge and his sincere desire to help investors succeed.

Lesson #1: While there was a lot I learned (or re-learned) listening to Ron, probably the most important thing was…

If you rely on banks, eventually they will leave you –

Your life is built on a house of cards

When you invest in real estate using traditional methods (e.g. qualifying for a mortgage), the lender makes all the rules and has all the power over you.  You should always know how to put deals together using alternative ways of financing (e.g. vendor take back mortgages, RRSP mortgages, private lenders).

If you don’t, big banks will always squeeze you for every penny they can and you might end up like this guy in BC who paid a crazy penalty.

I hadn’t seen Russell speak in many years, but he definitely hadn’t lost his touch.  I missed the beginning of his presentation, but I came in just as he was describing  how to raise investment capital to fund your real estate deals.  He also included a 44-page handout to show people how to get started.  Very cool.

While I already knew much of what Russell explained, such as how to filter out suspects from prospects (in other words, don’t chase money!), my favourite lesson actually had nothing to do with real estate!

Lesson #2: He talked about how he subscribes to a magazine called the Robb Report, so he can see the latest cars and gadgets that the rich use.  That way, when he’s talking with someone he knows has money (and he wants to recruit them as a joint venture partner), he can strike up a conversation about the latest model BMW or Porsche.  Very smart!

George is a good friend of mine and has been my accountant for many years.  He’s also an author and speaker at many real estate events across the country.

Imagine my surprise when he started his presentation by SHOUTING to the audience!  It sounded like something from Shakespeare or some other play (sorry George, I didn’t get the reference), and it definitely got people’s attention.

I’ve had countless conversations with George on taxation issues, and I’ve learned a TON from him. But there always seems to be more to learn (thanks CRA!) and this time was no exception.

He addressed the most common question – Should I incorporate to hold real estate? – and it basically boiled down to… it depends.  Yes, there are a lot of variables to consider (both accounting and legal) and he doesn’t recommend a cut and dried answer for everyone.  You have to talk to your accountant and lawyer about it before making the move… because in some cases, it can be a bad thing to do.

Lesson #3: For those interested in investing in the U.S, he talked about withholding tax requirements for the IRS and how to work around them with the proper paperwork (those of you buying property down south, take note! Talk to an accountant for details… better yet, talk to George and let him know I referred you).

Scott is star of the hit TV show Income Property on HGTV.  He actually spoke on both Day 1 and 2, but I thought I’d combine it all into Day 2, as I felt get gave more ‘nuts and bolts’ details the second time.

His first presentation on day 1 focused on creating ‘cashflow for life’ — buying, fixing up, renting and holding onto properties for the long term.  His second presentation was a Q&A session that allowed him to get into more detail about his specific investment methods.

I haven’t seen the TV show, but it turns out Scott focuses on student rental properties.  While most people think student rentals would be a nightmare to manage, he’s figured out a great system that works for him to get maximum income with minimum hassles from his tenants.

For rentals with multiple students on the lease (or tenants if you have a traditional rental), if someone leaves, often times the remaining students will go ahead and find a replacement.

Lesson #4: If they don’t, here is Scott’s approach… he tells them no problem, but if they don’t find a friend to replace the person who left, he’ll just end up putting in ‘a random’ (a random person) and there’s no guarantee they’ll get along.  That is usually enough motivation to get the students to find a replacement.  Great idea!

There were a lot of things discussed and lots of questions asked.  I found it interesting that 71% of consumers will break their mortgages (did you know that?) so they should consider this when taking a long mortgage term.

Also, job and income history can stay on a lender’s records for a long time, so if you’re self-employed and applying for a stated income mortgage, if you apply to the same lender multiple times and they see the numbers jump too much, they might deny your application.

But probably the biggest lesson I learned was the fact that big banks (like TD, RBC, Scotia, etc.) have posted vs. discounted rates (I knew about this), while wholesale or ‘B’ lenders typically do not (I didn’t know about this).  Why does this matter?

Lesson #5: Well, if you’re like the guy in BC who got a huge penalty, it can be because your mortgage was signed for a discounted rate, but if you decide to break it, the penalty is calculated on the POSTED rate, not the discounted one!  Wow.  There should be laws against that sort of gouging.

Sunil is an ex-police officer to decide to leave his career and find his fortune in real estate.  Most of his presentation was his personal story of getting started in real estate, and how he struggled against preconceived notions against it that were instilled by his father.  He also described his first experiences with buying investor educational programs and the hard-sell tactics some of them use.

Lesson #6: Probably the most interesting statement he made is that…

Most people are not hardwired to earn passive income

He stated that people are ‘programmed’ to think they have to work hard to earn income, but that programming can be changed.  It wouldn’t surprise me if Sunil has taken Neuro-Linguistic Programming (NLP) courses, as some of what he described sounded exactly like what is taught in those programs.

Two more good tips he gave for realtors that I thought I would pass on (he also owns a realty company)… He never shows a property until the client drives by property first!  That way he knows they are actually interested in the deal.  He also only schedules viewings between 9am and 5pm.  For those realtors out there who work 24/7, I thought this was an interesting way to do business and still have some personal time for yourself.

The last speaker of the day was Paul Hecht.  I had actually heard of Paul before because my wife met him a few years back.  I also had read his book “Everyday Real Estate Millionaires” and enjoyed the personal stories of average people who had successfully invested in real estate.

During the presentation, Paul described his personal story of how he went from bankruptcy to millionaire in only 2 years.  He outlined some of the methods he used to do it, including his rules for investing, but I think my favourite part was the following… 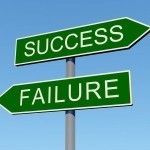 Lesson #7: At one point, he pointed out that 80% of millionaires are self-made, and that successful people fail 10x more than the average person.  It’s not whether you get knocked down, but whether you get back up. He went on to say…

The next time you fail and you complain about it…

Suck it up princess!

Ouch.  We’ve ALL failed at something in our lives, and we’ve ALL complained about it (yes, even me).  What he said made me chuckle at bit at first, but it also stuck right into me.  After hearing that, I decided that the next time I complain about something, I would remember this quote, quit complaining, brush myself off, and get back to work on my goal.

Anyways, that’s it for the Day 2 summary, but that’s NOT it for the event (at least in my mind).

My main reason for attending was to network with people I hadn’t seen in a long time and introduce myself to a few people that I wanted to meet.  I made some great connections that weekend, and since that time, I’ve been continuing those connections with the same people and others on Twitter, Facebook, LinkedIn, and email.  I hope to keep in touch with everybody in the future and see them again at future events (I hear CRE is already planning 2 more!)

UPDATE: I forgot to mention, one of my subscribers who bought one of the discounted tickets I negotiated for this event won a trip to the Barbados in a draw! Congratulations Anna!!  I think you owe me more than just a coffee now 😉

Do you attend conferences primarily to learn or to network? Which is more valuable to you?

The #1 Risk For Investors And The Economy

The #1 Risk For Investors And The Economy